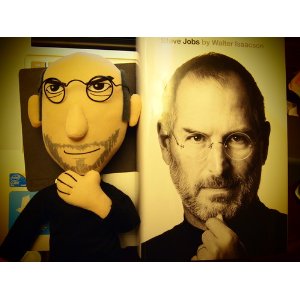 Walter Isaacson’s acclaimed biography Steve Jobs has refueled the debate about jerks in management.  Isaacson in this month’s Harvard Business Review comes to the defense of Jobs as “great man,” and rejects those who take his biography as grounds for concluding otherwise.  In Isaacson’s alliterative explication: “His petulance and impatience were part and parcel of his perfectionism.”  In his view, because Jobs had great products and accomplishments in mind there almost had to be collateral damage.  He marshals two types of evidence to defend his claim. Apple’s extraordinary leadership – in a literal sense – revolutionized seven different industries. How can you not say he was an amazing leader?  Second, the biographer challenged Jobs about his rough style and Jobs replied “Look at the results…These are all smart people I work with, and any of them could get a top job at another place if they were truly feeling brutalized. But they don’t.”

The success of Apple is incontrovertible (see here for a timeline of Job’s life and the rise of Apple). It is utterly astounding. And, as Isaacson persuasively argues, it was Jobs’ personal passion for perfection that was at the core of that culture.  Remove his personal drive and you lose not only remarkable product breakthroughs but the culture that relentlessly developed great products.  Again, awesome.  I would go further to say that perhaps the greatest reason people were so loyal to Apple/Jobs was the repeated feeling of winning, of delivering, of innovating.  It was worth the suffering and public humiliation that Jobs doled out and openly admitted was his style.  So, why not cut him slack, and just accept there are always downsides to results-focused leadership styles?