This marks the final column, and to me, the most interesting data from our mini-research inquiry on managerial coaching. While the first two were about how frequently people would like to be coached, today’s data is about the what – On what do we like to be coached? Before we jump to the findings, however, a more important “survey” deserves mention.  If you are a manager, I’d recommend that you survey your “managees” about this very idea. In other words, ask the person or people you manage:   “What kind of coaching could I offer that would be most helpful to you?”

If you (also) have a manager, you might ask your manager: “Can I let you know the kind of coaching and support that would help me most?”  Hopefully, the answer to that inquiry will be: “Sure. That would be helpful.” One more essential point before the survey results.  Let’s be honest: sometimes the managed person has as much or more to coach in the manager as the other way around. For example, I had a chief of staff, Mary Zatina, who gave me far better coaching than I ever gave her.  And when I was a Wayne County director of youth services, I had a deputy, Ron Lockett, and I should have been a lot smarter than I was in seeking his feedback and input.  I’ve also had a boss or two whom I believe I could have really helped, had they been humble or curious enough to ask me for input.  Way too often status and hierarchy get in the way of good sense. We should listen “down” as much as “up.”

Back to the survey of 187 people from last month.  As I said, the results are fascinating.  Most people (and most who answered were professionals with some authority of their own) don’t want detailed technical coaching.  Nor do most want help managing their work, nor (this surprised me) thinking about their career advancement.  What over half do want are three things: 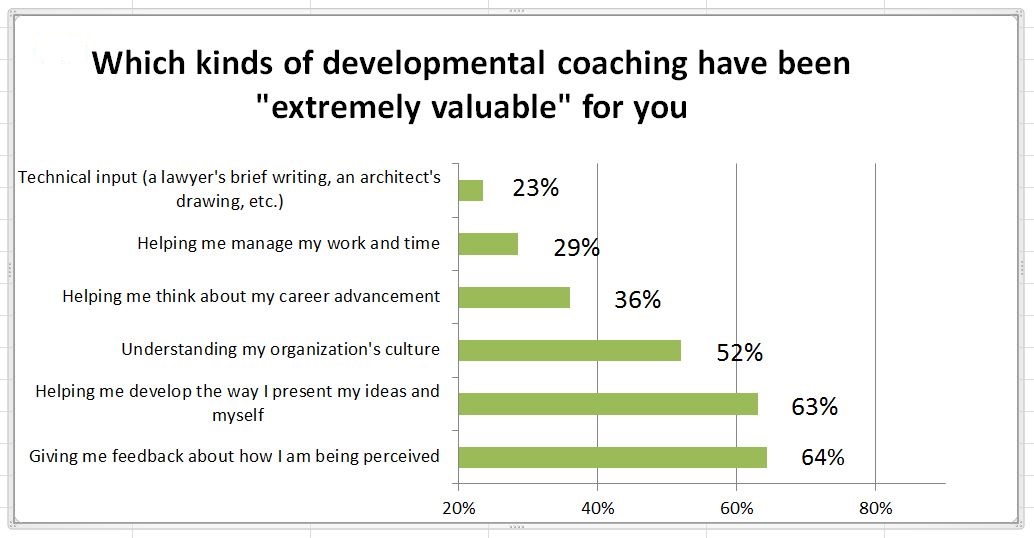 I don’t ever remember being told as a manager that it was my job to do these things!  I guess I thought they mattered, since I asked about them in the survey. But the results give me a pretty clear sense that I have some different things to do in my inside-the-organization coaching.

What do you think about these findings? . . . as you strive to