I saw Spiderman: Homecoming this weekend.  I like the guy.  But at one point hubris got him.  Doesn’t it always?  Next thing you know, his recklessness results in a Staten Island Ferry splitting in two.  Thank God for the (pompous) Iron Man who comes along with much more than webs, and bridges the two parts of the ship back together. Whew! 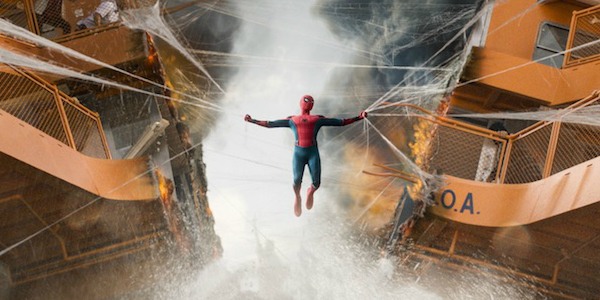 I thought I’d do a little bridge-building myself when a graduate program asked me to lead a two-day seminar on Leadership, Diversity and Inclusion. Lord knows this country needs to be sewn back together. Houstonians have been awesome, no? So many amazing stories of people who literally didn’t speak the same language but were assisting each other, protecting each other, and literally carrying each other over rising water to safety.  Amazingly, nearly no one was left on the margins.  Like the webs of “your friendly neighborhood Spiderman,” the connections spun were thin yet mysteriously strong, as if they were trying to sew back together this country, our civility, our common humanity.

I was honestly a little nervous about trying to build bridges of inclusion, although less so because I was LeadingX2 with Madelyn Gelpi, a wonderful former TA of mine. I was nervous because I am all that diversity seems not to be: White, Male, Christian, Straight, Credentialed (and hardest for a kid from Inkster to believe and “admit”:) Wealthy…by global and even American standards. What could I possibly have to offer? And, would I end up being a punching bag for all that’s wrong with sexist, racist America? Well, I thought I’d be a stimulant and a facilitator.  Sometimes I did facilitate.  Sometimes, thankfully, I got facilitated :-), so I came out a little smarter, more aware, committed and sensitized.  “Facilitated” comes from facere (Latin: to make easy), but it was anything but easy for me. So many times I felt myself getting defensive, potentially offensive, preachy or controlling. Listening is so hard.

So, why the blog post title:  my latest mistake?  Our seminar ended up having 7 women, a (male) wonderful visiting Hong Kong engineer who was interested in leading when there are diverse ideas, and me.  I believe I was the only white guy because we have felt marginalized (and we self-marginalize) from these enormously important discussions. So as a leader, I should have known:  I needed to recruit.

Leaders have to bring people in from the margins to participate. Democrats – especially elitist progressive Dems – forgot this lesson when they quit really hearing the factory worker, quit hearing parents and church members worried about the culture, and even quit hearing the hard core liberals in their own party. Trump and his right-wing nationalist advisors have missed this lesson – or are intentionally refuting it – by marginalizing LGBTQ people, Muslims, and Mexican-Americans. Using the power of the State to include exclude.  And, I blew it by not actively recruiting men who have fears they won’t be heard but will be labeled as predators or sexist micro-aggressors.  Too many of us are self-marginalizing out of the conversation.  All around America: bubbles.  All around the country: people feeling marginalized.  All around:  the sound of one hand clapping.

Fast-forward:  I asked for volunteers to facilitate a diversity and inclusion session in my leadership class this semester. So far: 5 women volunteers.  Zero men.

My work is cut out for me.  Is yours?

Who will you bring to the table? How will you make it safe for those who are feeling – like it or not – marginalized? How can you recruit-to-include?

If we’re going to weld this country back together again we surely better invite people back to the table. Yes, these are national – and global – issues. Remember, the last century gave us two wars and millions upon millions of dead humans – born out of the rise of Nationalism, tribalism, exclusion, and assault.  But I am also talking about local issues our classrooms, factories, businesses, churches.  Who will bring people to the table by

Leading with their best self?