In September my second book will come out: Be Real: Inspiring Stories for Leading at Home and Work.  I casually mentioned to Mom my book’s need for a fine-tooth comb edit, to push every last apostrophe to the correct side of the s, and to adjust every to, too, and two.  I hate when people write it’s when they mean its. Mom said, to my mild surprise, that she was sorry we lived so far apart, because she would have been happy to do that.  I told her I’d wished I’d known, but the clock had ticked down.

If you know Myers-Briggs, I’m a P (for Perceiver), which means I’m adaptable, open, creative, but not so good at finishing; it’s why I was past deadline. If you know ADD, well, that’s me; I get distracted. If you know perfectionism, you know why my P and my ADD drive me crazy: I need it to be right, but I often can’t find the discipline to get it just so.   I talked to Jennifer that evening after I’d spoken to Mom and said, “Babe, tell me what to do.”  She’s a J (for Judger) which is the opposite of a Perceiver; J’s love (live!)  to finish, conclude, order, arrange, and otherwise get stuff done.  I told her I was just sick of editing and couldn’t even read my manuscript attentively and objectively, and I was inclined to just sign-off, as I was beyond deadline.  True to form she had an answer: “Farm it out today,” she said.  “Get a couple great technical readers to go over it.  I’ll read some if you want.”

“Thanks,” I said and immediately called Mom.  “If I can get you a few chapters, can you read it today?”  “Sure” she said and the next morning over the phone she gave me her editorial catches for seven chapters.  (She also told me she really liked it – better than my first book, Everyday Leadership, which she didn’t finish because it didn’t feel relevant for her at this point in her life.)  “Thanks so much for the compliment, Mom,” I told her, and added, “and I can’t thank you enough for the edit!” She said, “No, thank you for asking me in the first place,” and added this leadership pearl: “I’ve learned, as I’ve gotten older, that it feels great to be useful.”

Leaders know this about people: We all crave being useful. It’s why three of five of Kouzes and Posner’s essential leadership practices tell us to “challenge” people, “enable them to act,” “inspire them with a vision” they can be a part of. 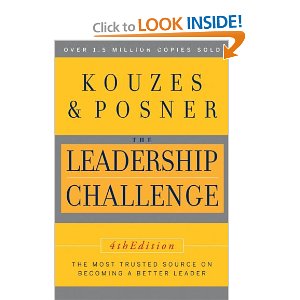 Those are all about inviting, empowering and challenging people to be truly useful.  The lesson applies to kids who will help out at home or school – if asked.  It applies to older workers who may have lost their youthful luster.  And it certainly applies to our vast aging population – our parents and retirees and community members.  Maybe “usefulness” was a big part of why Derwood Boyd led such a strong and happy life, until running out of steam last week at 88 years old: he had sung in his choir at Plymouth Congregational Church in Lansing for SEVENTY years.

Somebody around you wants to be useful.  Inspire, challenge, enable and encourage them, as you

Lead with your best self