Thanks for the wonderful feedback on my just-completed 3-part series on how to constructively engage when there is CONFLICT.  I got wonderful push back, too.  Some argued against the usefulness of my prescriptions in important cases.  For example, my deliberate, humble and honest approach to engaging conflict seemed to these readers to be of questionable value when a conflict involves toxic people or forces of unequal power, like bosses, corporations, or the state. They suggested that if you get dragged into that conflict, you just get manipulated or overpowered.  You might as well bang your forehead into the nearest iron light pole as to effectively engage Wells Fargo on their credit card policies, engage your local bishop on the Church’s resistance to women as priests, or impact Trump’s view on global climate policy.  Instead of banging of our foreheads, we internalize the hurt and feelings of powerlessness.

Consider the amazing young people who survived the latest school shooting massacre in Florida. They are modeling a way to think about conflict – especially against what seems a hopeless imbalance of power.  If you have not seen the extraordinary speech by 18-year old Emma Rodriguez, please set aside eight minutes.  You will be humbled and inspired.

Let me use the wisdom of Stephen Covey to draw out four lessons for conflict against the impossible.

Covey, a thinker who I hope our Gen-Xers and Millennials will engage with as so many Boomers have, called the first of his 7 Habits of Highly Effective People, “Be proactive.” He counseled us 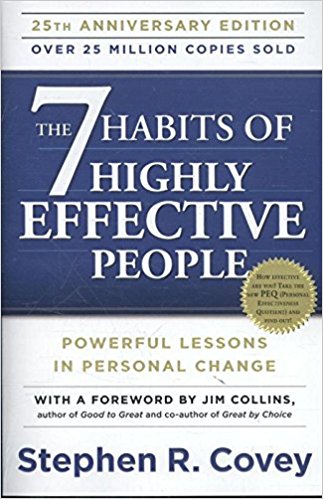 with a drawing depicted below, us to stay within our Circle of Influence, with these words: 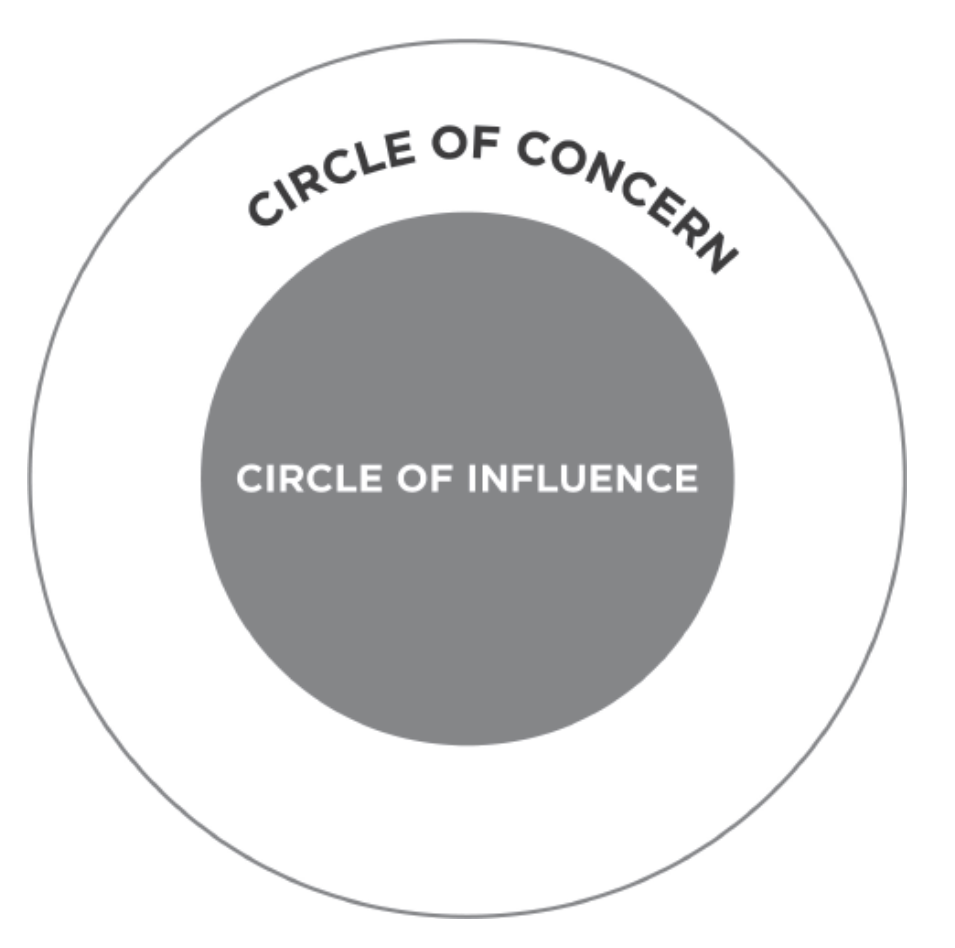 “Proactive people focus their efforts on their Circle of Influence. They work on the things they can do something about: health, children, problems at work. Reactive people focus their efforts in the Circle of Concern–things over which they have little or no control: the national debt, terrorism, the weather.”* This is not so easy to do! You can’t go to Facebook without being driven out from your circle of influence (see drawing to left) to your circle of concern, as friends trumpet their many and passionate causes.

Lesson One for Conflict With Big Forces:  Consciously stay within your realm of influence and control. Focus your energy where you can make a difference. Don’t dissipate it in inner mental conflict against giants you cannot externally engage.

Lesson Three: Patience! Change will come in fits and starts.  We so often think things are futile when we engage to bring change. Sometimes we lose altogether. Sometimes the changes are marginal. And sometimes we gain ground, e.g., as supporters felt about enacting Obamacare, only to see massive backsliding. Engaging in worthy conflicts requires all-out passion, but humility as well. You may plant the seeds but never sit under the tree they yield.

Lesson Four:  A strategic battle well-fought can matter for others and will matter for you.  Would there have been women’s rights, civil rights, LGBTQ rights had some not pushed into their circles of concern? Would there be movements to end corrupt regimes, to preserve religious rights, to check political correctness if people didn’t stand up.  And what’s a life if you don’t engage some great battle? Few things are as ennobling as taking a stand and truly engaging in the conflict to help bring people forward around heart-felt and head-sensible change.

Where do – and will – you enlarge your influence into that circle of your concerns, to