Is It The End of Men

As I write on Sunday afternoon, we’re on our way to Metro Airport to pick up Jack from his first unaccompanied  trip. I won’t look at him quite the same because of something I read this week – the cover story from The Atlantic Monthly.  In it, Hanna Rosin marshals a wide array of evidence for why she says we’re facing “The End of Men.” Rosin chronicles the economics: men lost three-quarters of the 8 million  jobs in the recession, while 12 of the 15 occupations expected to grow in the decade ahead have historically been dominated by women.

Rosin recognizes that the women’s movement is not complete when it comes to wage differences and women in the highest positions of power, but in many respects the balance has more than shifted. Women outcompete when getting into college and come out stronger, now earning almost 60% of all bachelor’s and masters degrees.  They make major decisions at home, increasingly choosing to live without men (only 60% of all women 30-44 are married, down from 84% in 1970); and by some significant margin parents who choose the sex of their children are choosing girls. Media images – from the Anchorman to Greenberg to the Miller Lite yo-yo’s – of utterly aimless and clueless young men seem to be both reflecting and creating the lost. 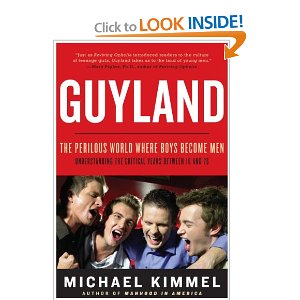 In a gripping book called Guyland sociologist Michael Kimmel, through in-depth interviews with men 16-26 years old, reveals extensive patterns of inner confusion and ongoing  behaviors that are adolescent at best and vile at their worst.  If your son, nephew, “little brother” is in or heading into this stage, read it! This may seem like a bitter brew on a Monday morning. I know.  I felt resistance and disbelief as I read Kimmel’s book and spoke on a panel with him in Chicago a few months ago.  But since then I have been testing his observations out with young men and young women.  And the response is almost always the same: Not all guys are like that, but generally it’s true.  Women, they say do more planning, are more focused and more disciplined.  Guys are drifting, unready for commitments to work or relationships, often caught up in groups that bring out their darker sides.

I am perplexed at what’s causing this extraordinary shift. I can see why women are in ascendancy, but why wouldn’t that bring out greatness in us men?  I ask you today, as I’ll be asking Kimmel, Heather Boushey (co-editor of The Shriver Report: A Woman’s Nation Changes Everything) and hopefully Hanna Rosin on my radio show on Saturday.  Let’s discuss and help our young men to 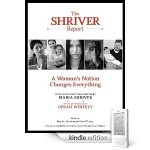