This past week seemed to rival if not surpass the divisive madness that followed Trump’s election, or the intense emotion of the hanging chads after the Bush-Gore election.  I offer a big picture and an observation of some truly amazing everyday leadership.

Big picture.  We all need to take it down a notch!  Our feelings are deep, our views are complicated, and so many of us are feeling triggered . . . again.  We dislike the incivility, right?  People on both sides almost universally feel this rancor, only disagreeing about “who started it,” or who is to blame, or who is worse. But rationality demands two concessions: (1) Human (animal) nature reflexively causes us to see others’ faults as greater than our own. And (2) Almost never in the history of our lives have we “convinced someone they were wrong,” and likely never when they felt their values, tribe, or identity were under attack.  I’m as bad as anyone.  I have vented and written inflammatory Facebook entries.  And they have done ZERO good; I haven’t swayed a soul.  We need a bit of a moratorium at least in order to think and communicate with some calm, fairness, rationality and empathy.

Small picture.  My “brand” is Everyday Leadership.  It’s not just rah-rah that causes me to say that a 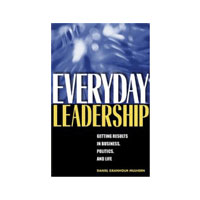 janitor, a 6th grader, or a mid-level manager can lead.   I also argue for everyday leadership, because “big” large-scale leaders are typically bound by their complex obligations. In the simplest example, my mom and dad had to account for 7 of us – and they had to sustain those relationships.  There wasn’t a lot of room for creativity, rebellion, and the challenges of democratic rule!  And yes, big political leaders – even when they are term-limited – have complex loyalties and they watch out for their own behinds. So, there are some things only regular folk can do.

Enter Ana Maria Archila and Mary Gallagher, the elevator women.  I am not saying they were right to stop Senator Flake in the way they did. I am saying they did not give in to hopelessness, to powerlessness, to impracticality, to the obstacles they would face.  And so, wow, they are models.

Exit Jeff Flake, who then entered the committee room, stepped back out and called for a timeout, some truce, something a little more inclusive.  Where Feinstein could feel absolutely sure; and, on the other side Graham could feel absolutely sure; Flake instead stood in the breach – pulled in one direction by his political views (he voted to send Kavanaugh on to the full senate), but pulled in the other direction by his fears about and hopes for our divided country.

Can you imagine the leadership knots in the stomachs of Flake, Archila and Gallagher? 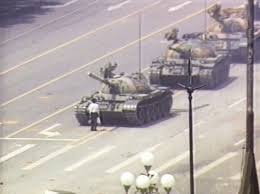 What did it take for them to stand in front of what seemed to be an unstoppable force, moving like the tank in Tienanmen Square.

I know it is almost impossible – depending on your political persuasion – to hear me, a lifelong Democrat, without thinking either “you tell ’em,” or “you hypocrite, you’re only saying this because it helps your cause.” But there is a bigger picture in restoring faith in our institutions and faith in ourselves.  It would be foolish to make this about winning at all costs. For sure enough, the pendulum of power will not stop swinging.  Just as Senator Flake took a stand to hold some middle, I think it is incumbent on each of us to take a stand – a stance of listening, asking, getting it, and then, yes, then, sharing our views.

Lincoln famously accepted his nomination for Senate in 1858 by quoting Jesus, “A house divided against itself cannot stand.”  (He lost that election to Stephen Douglas.)  Do we want to test that  proposition again – houses divided against houses, states against states, a country against itself?

How shall we talk this tightrope?  Courageously speaking truth to power as did those women, but also courageously seeking to listen for truth and understanding as Flake did, to