We were seven kids in a pretty healthy family.  Seven kids in a 3-bedroom ranch. Oh, and seven 7 kids in our one Ford Country Squire. Picture the 9 of us, sardine chldren: 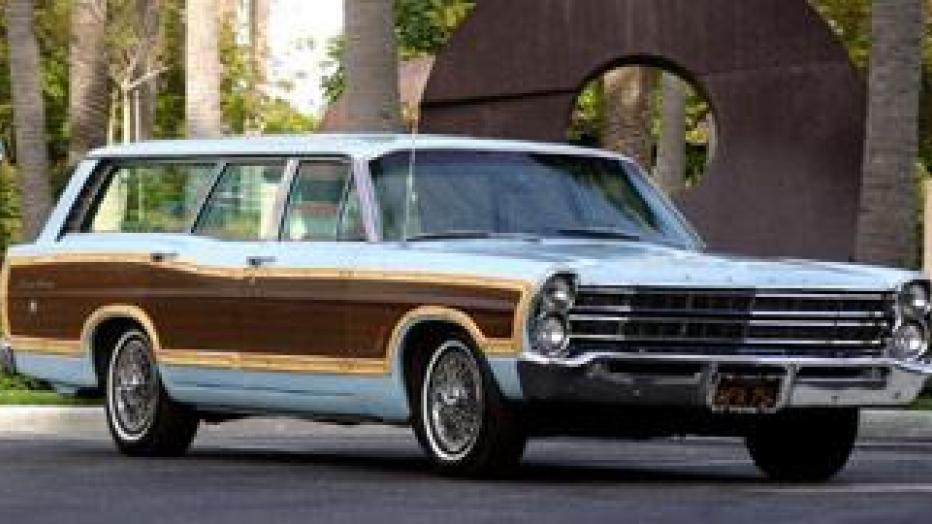 We were a daily and nightly laboratory of conflict. My memory is that there was crying on pretty much a daily basis. Like most of real adults in life, we learned early not to bite, scratch, hit, and throw things at each other.*  And we loved each other, too.  As we got older, we’d pick Mom and the newly delivered baby up from the hospital. And we’d play, laugh, tease (far short of tears), console, etc.  I wouldn’t trade that, even if I could.

But with no offense to my parents, we never really learned just why we – or more precisely, each “I” of us – was inclined to conflict…and so incapable of managing it well.  I was one of the worst offenders.  When I had power (e.g., when my two bros were small enough), I’d exercise it. Increasingly, I learned to channel it into intellectual jousting or burn it off on courts and ball fields. Each of the seven of us had rather unique coping strategies.  We all learned to self-contain it.

But it rattled around – like I’m pretty sure it did and does for you, fellow human. People pushed my buttons – even a sibling or two . . . well into my 50s.  Sibs were mostly replaced by co-workers, girl friends, guy friends, knucklehead bosses, priests. And on my teams at work I saw the same thing: really good people getting under each others’ skin, passively-aggressively attacking or flat-out aggressively attacking. One woman nearly turned my whole team against me. And I talked smack about others way more than I’d ever want to admit.

Good Catholic boys, like good [your tribe here] boys or good [your tribe here] girls, face another big problem with conflict:  We don’t like ourselves when we’re in it. And then, when the controls fail and we really blow cool, we can hate ourselves.  At some level, that is intolerable, so it often makes us more self-righteously angry with “the other,” because they must be why we were acting so “uncharacteristically” uncivil.

The whole cycle of attacking and self-reproach may make our stomachs churn, our heads hurt, and our blood pressure rise. We likely say, “My wife is so frustrating,” or “you won’t believe what my boss said,” or “this youngest child is going to be the death of me.”

Of course, when you step back with me to take this detached standpoint, you can guess what “they” in the three examples above are saying: Your wife says, “My husband is so frustrating,” your boss says, “you won’t believe what my employee did today,” and the youngest child says, “I am dad’s constant target; nothing I do is right, especially after he’s had a beer or two.”

So, conflict comes with being human. And it’s costly to health, productivity, communication, etc.

So…do you have a theory of what’s at the root?

And way more important, have you figured out how to truly work with and through it?

Today I share three lessons life is making hyper-clear to me.  Next week two more.

Lesson 1: Heighten my awareness of conflict.  If I don’t, I’ll perpetuate it. It exists. Admit it. Awareness creates the possibility of learning and choice.  Denial?  Not so much.

Lesson 2: Conflict is always mutual. I don’t have to punch someone in the nose or call them an asshole for them to feel that I am in conflict with them. And you know how others can squash, hurt, befuddle you – even when they don’t know it and don’t intend it.

Lesson 3: I am responsible for the way conflict affects me. Nobody makes me mad. They may stimulate the rise of anger, but it’s my anger.  Nobody makes you sad. They may say or do things that trigger sadness, but they don’t make you sad.  Own your feelings. It’s the essential beginning point.

Sorry for inviting you to think about conflict as I send this on a Monday morning.  But awareness creates choice and power.  I hope you and I can put these three lessons into play as we

* This footnote recognizes that individuals and collectives HAVEN’T learned these basic lessons we presume to be taught in the home.  Instead we have wars, terrorism, crime, sexual abuse, and other killings and woundings of thousand upon thousands of humans by humans.